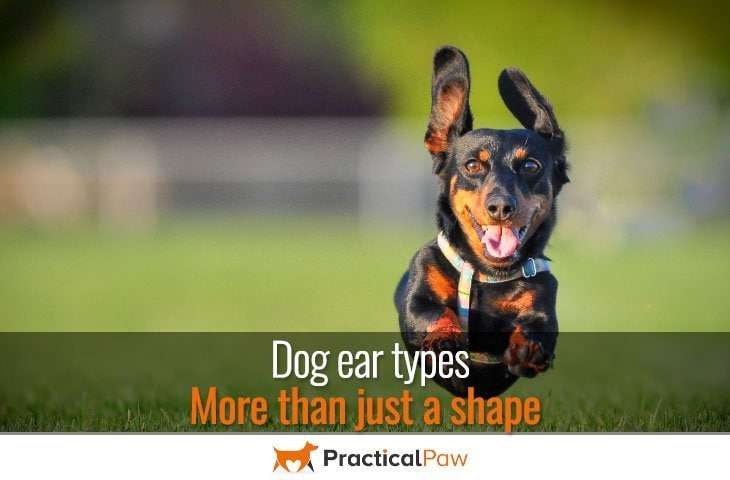 Dog ears types vary from the large and droopy ears of the Bassett hound through to the tiny rose shaped ears of the pug.

No matter the shape though, our dog’s ears are a hardworking part of their anatomy and need to be kept clean. Not only do our dogs have more sensitive ears than we do but their ears can speak volumes too.

Even if our dog’s ears were not the sensitive hearing devices that they are, they still have a vital role to play.

Our dogs convey a lot of emotional information through the position of their ears. Dog’s ear droop when they’re sad, perk up when excited and fold flat back against their heads when they are scared.

A relaxed dog naturally holds their ears forward and slightly to the side. But depending on your breed of dog their ear movement will differ. For dogs with droopy ears, it’s the base of the ear that you need to watch as the muscles work to move the ears into different positions.

Although dog ear types differ among breeds, the structure of the ears remain the same.

Anatomy of a dog’s ear

All dogs share the same basic ear structure: The outer ear, the middle ear, and the inner ear even if the outer appearance of the ear is very different.

This is the part of the ear that we can see. It consists of a long and narrow ear canal that turns at almost ninety degrees as it moves deeper into the ear. It also has the ear flap or pinna that’s made of cartilage and covered in skin and fur.

The pinnae have over a dozen muscles and can move independently of each other to better capture sounds and direct them along the ear canal to the eardrum. It’s the outer ear that varies in size and shape based on a dog’s breed.

The Middle ear contains the eardrum, three small bones and an air-filled chamber called the bulla. There’s also the eustachian tube that connects the bulla to the back of a dog’s mouth, allowing air to enter the middle ear.

The inner ear connects to the brain and includes the cochlea the organ for hearing as well as the vestibular system, the organ for balance.

Why do dogs have different shaped ears?

Dogs ears vary considerably in length, size, shape and the position they sit on the head. In fact, there are so many different types of ear that there are distinct descriptive categories.

Part of the reason why our dog’s ears differ so much is through selective breeding. Whether for looks or function our dog’s ears have changed over time and play a significant role in both appearance and activities.

Although it’s possible to break these categories down further. These main categories give a good overview of the different types of dog ear type.

This type of ear is arguably the most natural. Think Wolf, Siberian Husky, and Australian Cattle dog. The pricked ear is upright, pointed and capable of rotating. Due to the open nature of this ear shape, it’s perfect for picking up distant sounds.

Pricked ears have variations in their shape too. They include the rounded ears of the French Bulldog — the Bat ears of the Corgi and the Chihuahua as well as the hooded ears of the Basenji whose ears curve inwards to give the impression of a cowl. 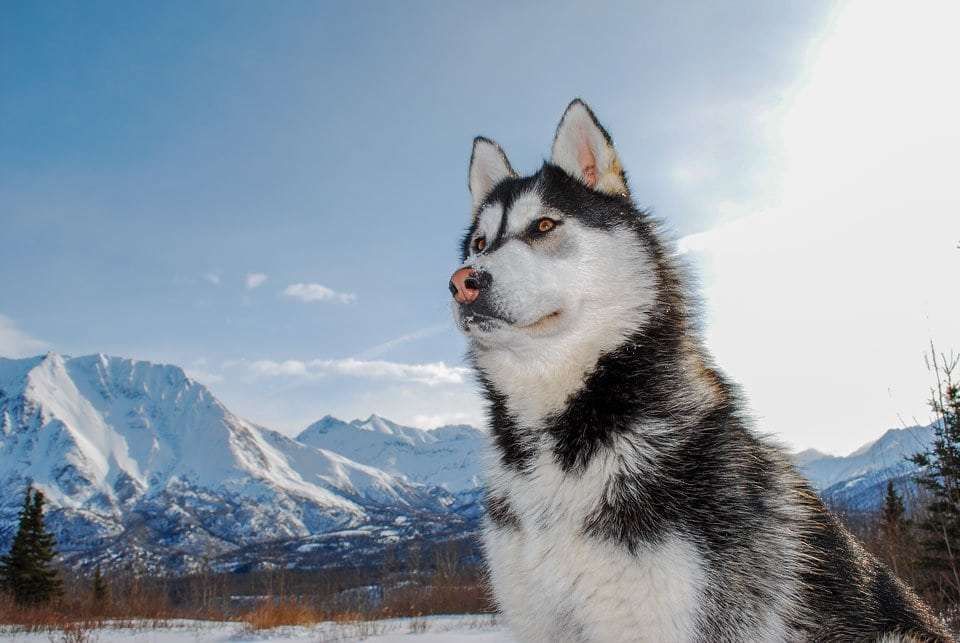 Semi-erect ears are another variation on pricked ears. But they are distinct enough to have their own category. The base of the ear is similar in that it stands upright but in contrast to upright ears the tip of the ear folds over forward. Collies, Pit Bulls, and Border Collies have semi-erect ears. 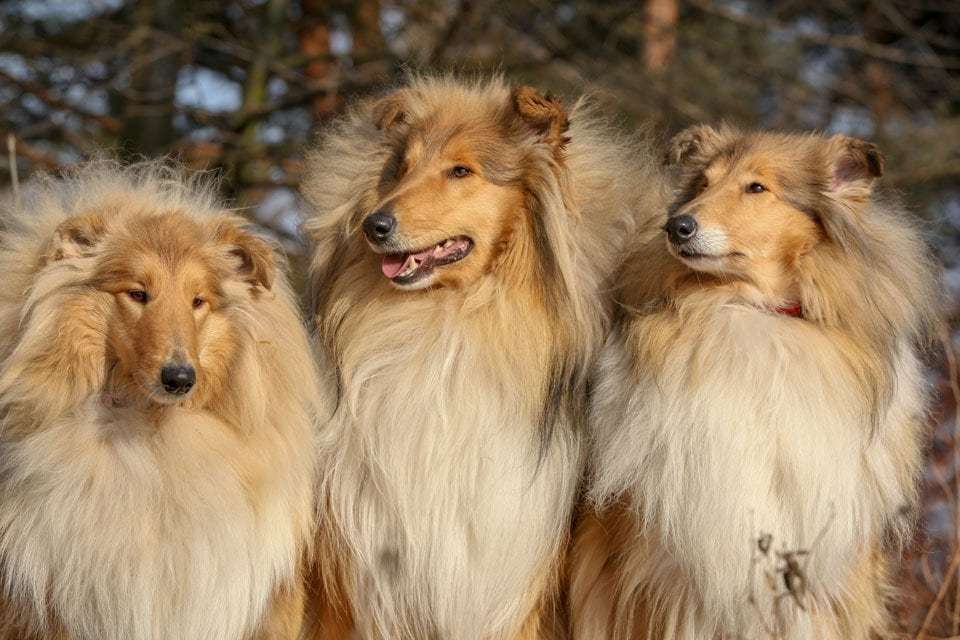 Like semi-erect ears, the button-shaped ear folds over at the top but stands upright against the dog’s head. The difference is that button ears fold over halfway to protect the inner ear. The shape is perfect for terrier type dogs bred to hunt in tunnels, think Jack Russells and Fox Terriers.

This is an example of a positive outcome of selective breeding. As the fold of the ear covers the opening of the ear canal protecting it from dirt and detritus as the dog digs.

The distinctive ears of the Greyhound are known as Rose ears. The ears are upright at the base but fall out to the side and back. Other dogs such as Bulldogs and Pugs also share this ear shape offering an insight into the origins of the usefulness of this type of ear. Not only are rose ears streamlined to allow a dog to run faster. But they are also tucked out of the way which keeps them safe when fighting. 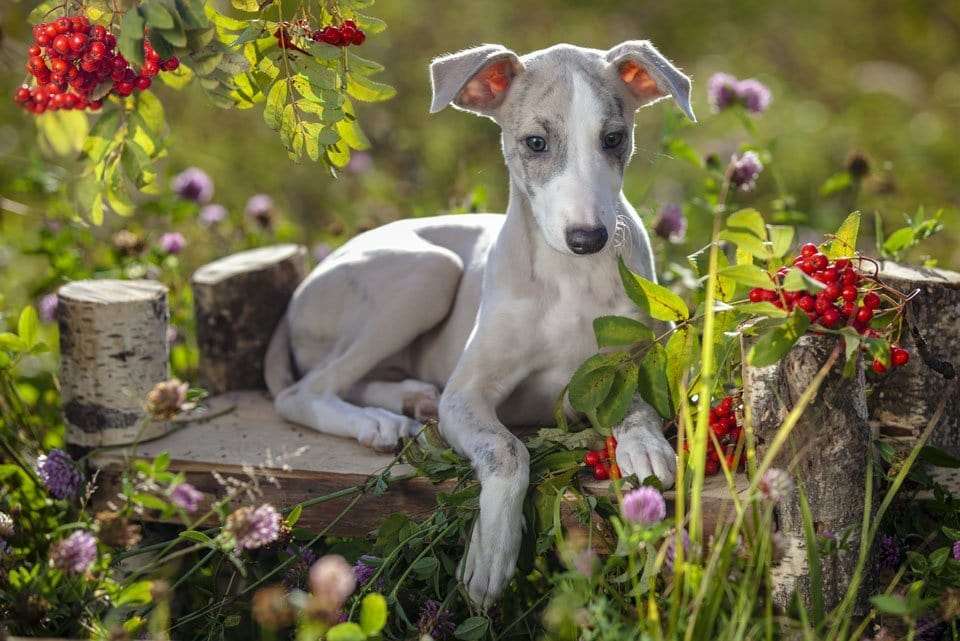 Many domestic dogs have floppy or drop ears. They vary from very long like the Bassett Hound to the more moderate shape of the Labrador. Floppy ears are generally set lower on the head than erect ears and don’t offer the sensitivity to sound of the erect ear shape. However, dogs with drop ears have another trick up their canine sleeve. Many dogs with floppy ears compensate for their slightly muffled hearing by excelling at picking up scents. 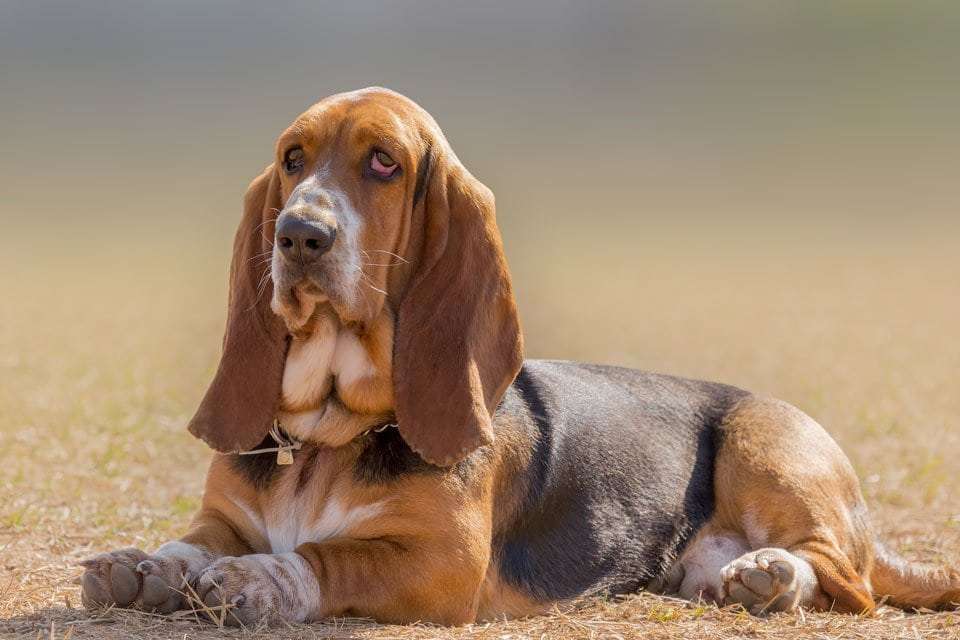 Whatever type of ear shape your dog has, don’t underestimate their ability to hear a treat packet opening. Even floppy eared dogs can still pick up sound over four times better than us.

However, despite their superior ears, most dogs will experience ‘selective hearing’ at some point in their lives. If you want to know if they are ignoring you or just find something more interesting instead, have a look at what their ears are telling you.