It’s difficult not to be tempted by a dog known as a Hug. But if you are thinking of introducing a husky pug mix into your household do your research first.

It might seem strange to mix two dog breeds so dissimilar, but it’s not always a bad thing. However, sharing your life with a dog is a big commitment.

So it’s only fair to both you and your dog that you are as prepared as you can be for both the good and the bad aspects of a mix breed companion.

Since most designer dogs have a short history regarding their breed. It’s useful to look at the parent breeds to gain clues as to what you can expect from your dog.

Not only does a dog’s history enable us to understand what your chosen dog is likely to need in terms of exercise needs. But it also helps determine how suitable they are for our lifestyle.

As with all mix breed dogs, the characteristics a puppy inherits can be from either parent. This means that within the same litter there could be puppies that are more like their husky parent while others are more like their pug parent. However, most will fall somewhere in between and have elements of both breeds.

Huskies and Pugs could not be further apart from each other regarding their breed history. On the one hand, you have the high energy, exercise hungry Husky. While, on the other, you have the couch potato, and some would say lazy Pug.

The Siberian Husky is a working dog. Valued for its stamina, speed and independent thinking. The Husky was used both as a form of transportation – pulling sledges. And also as a family dog helping to keep children of nomadic tribes warm as they slept in the harsh winter conditions of Siberia.

During the summer months, Huskies were often left to their own devices and had to hunt for themselves and this prey drive is still evident today in the modern dog. 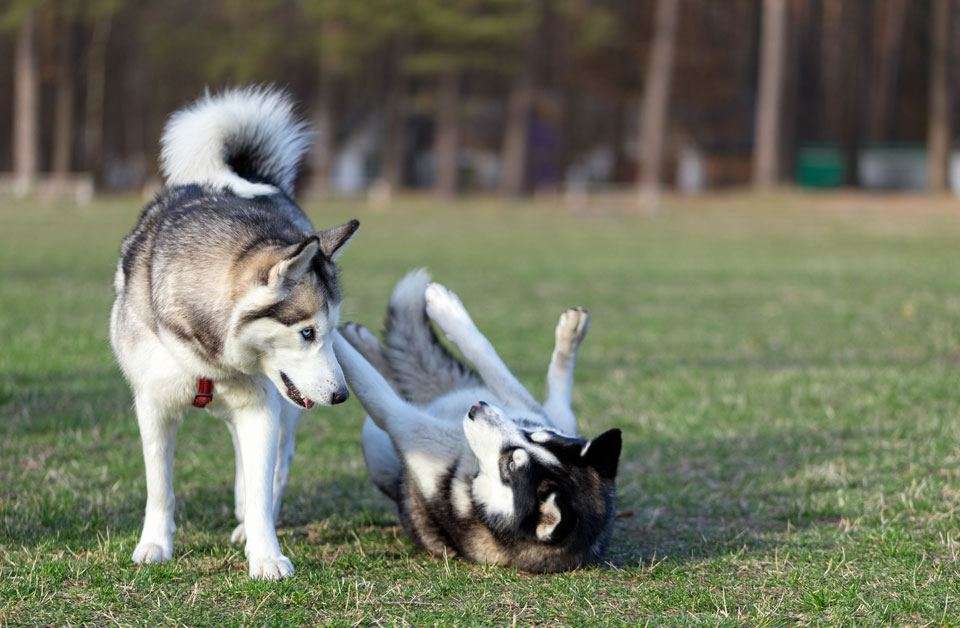 Meanwhile, the Pug’s history has always been as a companion dog. Valued highly by Chinese Emperors,  its primary role was to provide company and entertainment.

With an established history as a companion dog. Pugs are affectionate and devoted to their owners and are well known as the clowns of the dog world.

So what can you expect when you cross two very different breeds? 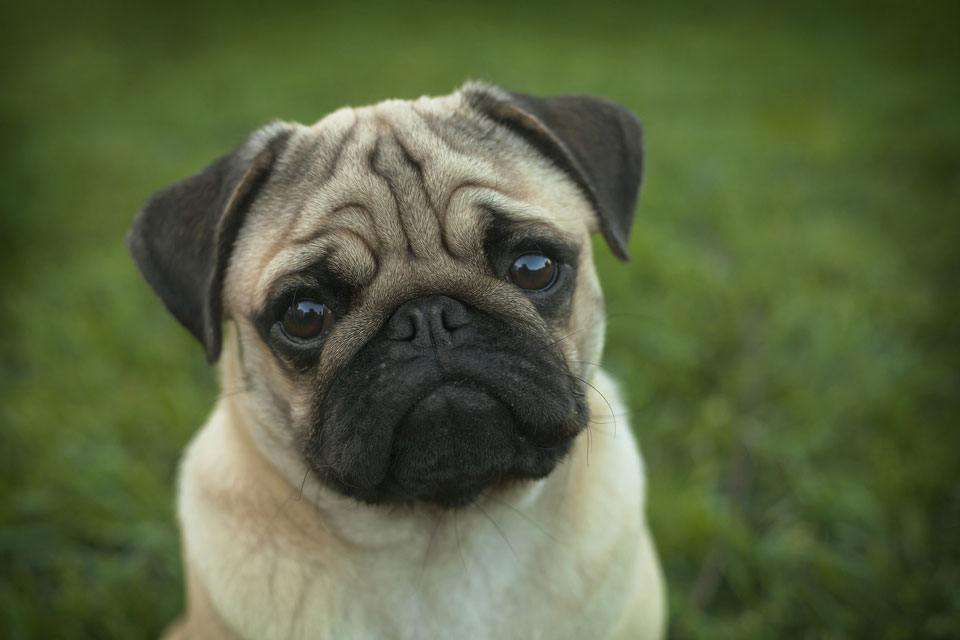 So what happens when you combine the two breeds?

The Hug is a dog produced from two breeds that both have big personalities. The Pug is known as being a lot of dog in a small space while the internet is full of Husky antics.

Although both the Pug and the Husky are friendly, playful and mischievous, the Pug has the edge when it comes to tolerance.

Husky Pug mix at its best An affectionate, playful and tolerant dog that is a friend to everyone. Devoted, charming and fun

Despite the fact that Huskies often work as pack animals, they can be choosy about their canine companions. The Pug’s sociability can moderate the Huskies selectiveness and produce a dog that is happy to share their life with other animals.

Meanwhile, the active genes of the Husky parent lessens the Pug’s love of the couch. Producing a dog that has medium to high exercise needs.

What’s more, as both parent breeds are affectionate, you can expect a dog that welcomes everyone into your home. Although this isn’t much good if you are looking for a guard dog it’s perfect if you have a lot of guests.

As the Husky is bred to be an independent thinker, they are not always willing to go along with what you ask them to do. Particularly if there’s nothing in it for them.

Combine this with a Pug’s stubborn streak you may want to reconsider your choice if you are looking for a dog that displays unfailing obedience.

Husky Pug mix at its worse A stubborn dog with a high prey drive and boundless energy. Easily bored, intelligent and challenging

With two such different looking parent breeds it can be difficult to gauge the look of a Hug or Pugsky to give it its other name. Although you might expect a puppy to look like a mix of its parents, genetics are rarely that simple.

So with any mix breed dog, appearance is always the best guess based on the parent breeds and previous litters born from that pairing.

However, you can expect your Hug to be of medium size. Larger than a Pug by some way but smaller than a Husky.

The Husky’s long nose tempers the squashed face of the Pug. Resulting in a dog that has more of a square face like that of the  Boxer dog breed.

The Pugsky often has the coat colouring and length of the Pug. However, sometimes the longer double coat of the Husky is evident as is the masks and face markings of the Husky.

What’s more, the ears vary between flat like the Pug to erect like the Husky and all the variants in between.

Since both parent breeds have curly tails, it’s likely that a Hug puppy will inherit a curve in their tail. Despite this, the curl in the Hug’s tail is likely to be less pronounced than that of the Pug. And carried more loosely over their back more like their Husky parent.

Finally, and perhaps the most endearing feature of the Husky’s appearance is their startling blue eyes. And it’s possible that some Hug puppies will inherit this aspect of their Husky parent.

On the one hand, you have the lazy Pug. On the other, you have the boundless energy and stamina of the Husky. It’s likely that if you choose a Pugsky, you will need to do a fair amount of walking each day.

At least an hour every day is required as well as additional playtime to keep your Hug happy. Although the Pug parent is content to wander with its owner, the Husky is more adventurous and will run when let off lead.

Never underestimate the distance that a Husky can cover in a very short space of time. If your Hug has inherited the prey drive of the Husky, you have a dog that needs to be on a lead at all times.

Both the Pug and the Husky are moderate to heavy shedders. If you are lucky, your Hug has inherited the coat of the Pug that needs little maintenance to keep it looking good.

Although Pugs shed freely, weekly brushing keeps their fur in good condition. If your Hug’s coat is longer and has a dense under-layer like that of the Husky, then it needs slightly more attention.

The Husky blows its coat twice a year and sheds moderately the rest of the time. An undercoat rake is your best friend when the soft downy fur is being cast off.

Daily brushing at these times will keep the hair at bay. Otherwise, you will end up with a house full of fluff.


Whatever dog you choose there are always associated health risks with particular breeds. Luckily the Husky is a relatively healthy breed with only a couple of primary considerations regarding health.

The Pug, in contrast, has a number of issues to consider. Although breeding with a more robust kind of dog without the same problems often mitigates the seriousness of the conditions it’s worth being prepared;

Although this list may look a bit scary, don’t let it put you off. These are possible problems, and there are many dogs out there that don’t suffer any of these conditions.

If you want a friendly, affectionate medium size dog that is playful and full of personality. Then the Hug or Pugsky could be the perfect dog for you.

Tolerant and mischievous they make great family pets. And the Pug’s history of companion dog ensures that your Hug will be a devoted friend.

What’s more, the Husky’s love of exploration combined with their energy guarantees that your Pugsky will be ready for adventure whenever you are.

The Hug is a dog that combines two very different breed types and creates a charming, fun and lively companion that is both gentle and intelligent.