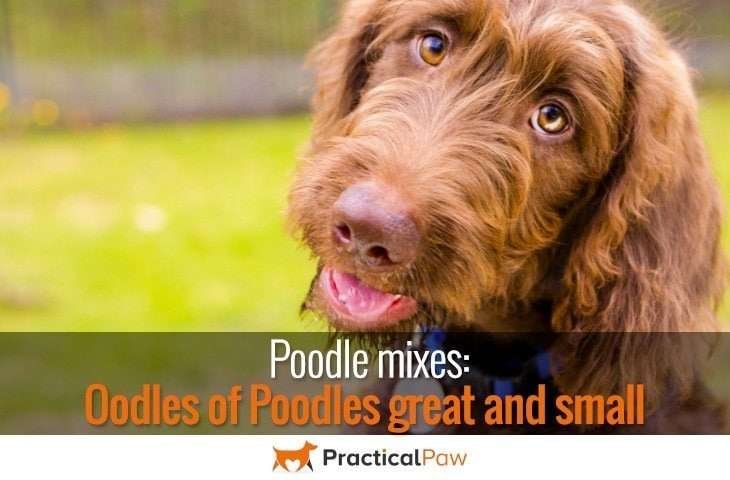 It sometimes seems like Poodle mixes are taking over the world. When you see a cute dog and ask what type of breed it is, the reply will often be some kind of Poodle.

So why have these designer crossbreeds become so fashionable? Although the Poodle consistently makes the top ten most popular dog breeds list in the USA, it’s only been fairly recently that the Poodle has become so sought after as a one half of a mix breed dog.

What’s so great about Poodles?

Well as a breed in their own right they have many fine qualities. Poodles are intelligent, fun-loving, cooperative and affectionate. They tend to get along well with other dogs and as they come in three sizes; Toy, Miniature and Standard they will fit into most homes.

However, the biggest plus point for a lot of people is that Poodles don’t shed. For this reason Poodles are considered hypoallergenic and suitable for allergy sufferers.

Despite the lack of free-falling fur, Poodles do require regular maintenance, including daily brushing and trips to the groomers to keep their coats mat free.

Also just because the Poodle doesn’t shed, it doesn’t automatically mean that its puppies will be hypoallergenic. It very much depends on the other half of the mix so do your research thoroughly.

So what sorts of Poodle mixes are available? As there are so many choices we’ve split the list into the most popular poodle mixes and then the best of the rest organised by size.

If you are in the market for a Poodle mix you will be hard pushed not to find a dog you like right here.

Even if you are undecided whether this crossbreed is the one for you, you can’t help but be tempted by some of the names!

Here are our top picks of the most popular Poodle mixes; 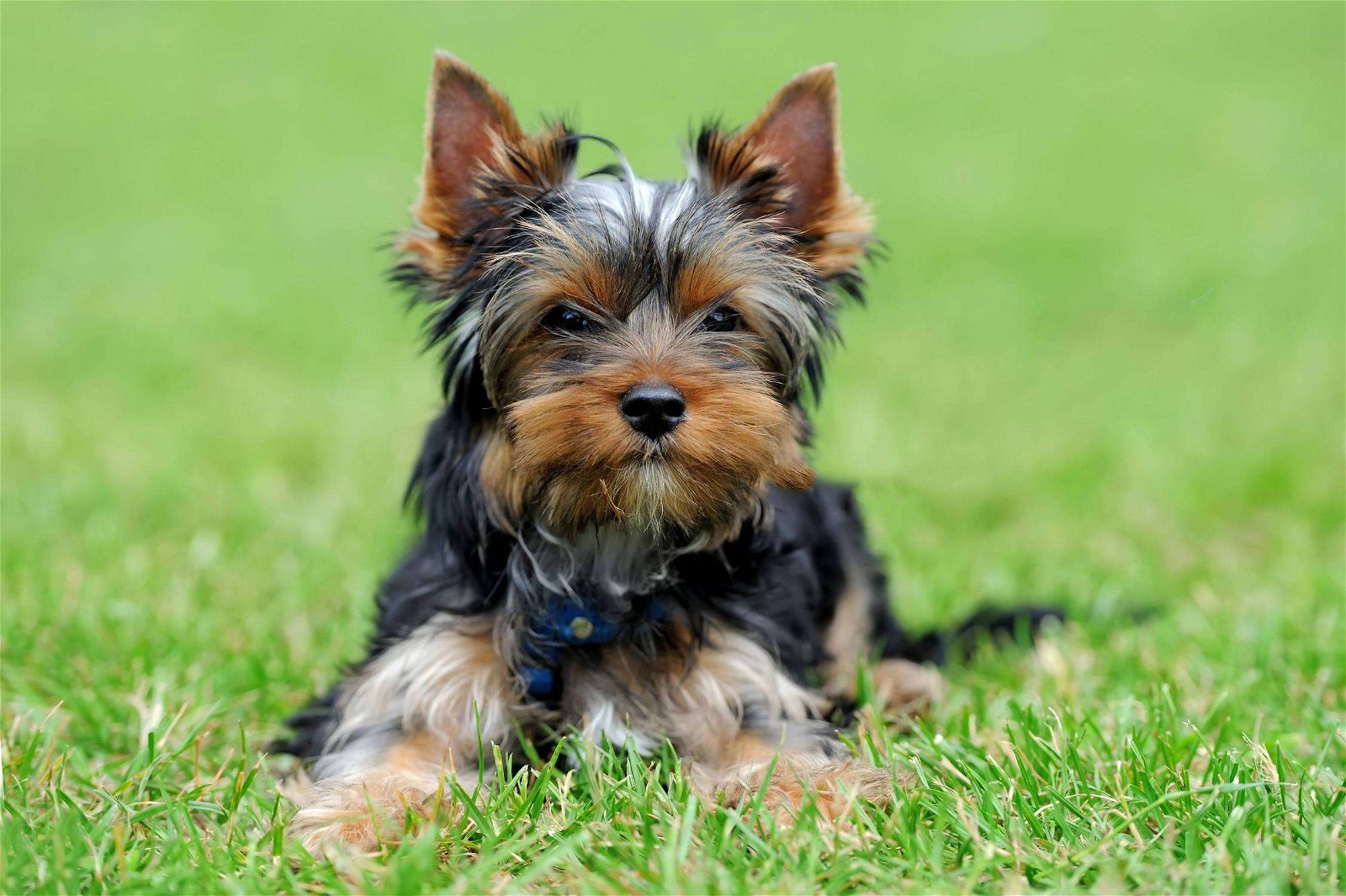 If you still haven’t found what you’re looking for in our top ten most popular Poodle mixes then read on to discover more.

Whether you want a large, small or tiny four legged friend there is a Poodle mix that’s just the right size for you!

It’s one of the reasons that Poodle mixes are so popular the three sizes make it a versatile breed that will suit most homes.

Let’s start with the large Poodle mixes. This list includes anything Labrador size and over. We’ve included some giants of the dog breed world as well as some dogs of a more moderate size.

As they are all part Poodle we’ve just provided you with the breed name of the other half of the mix. So here are some of our favourites. 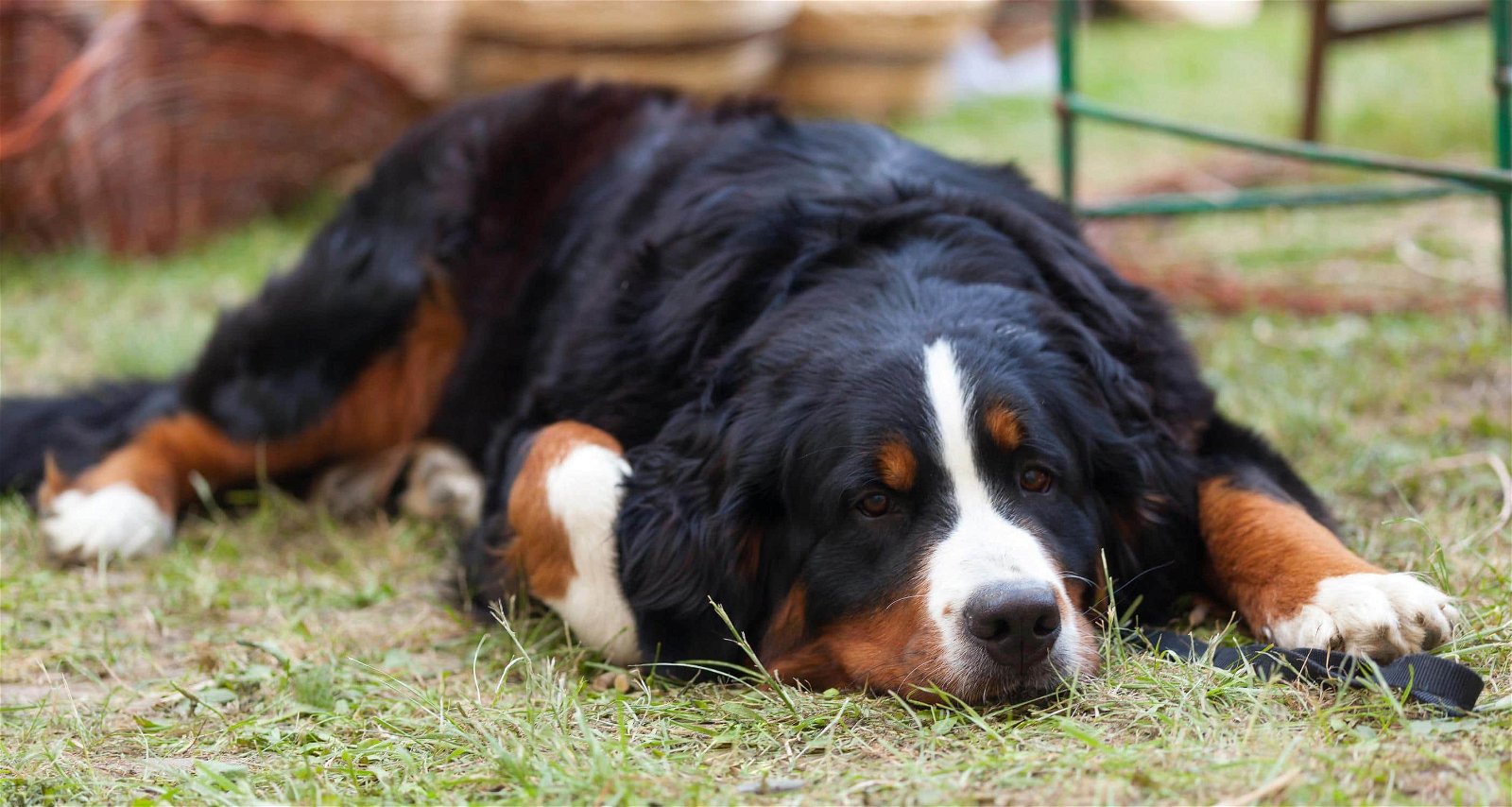 Did you know Despite their reputation as dogs that hail from France. Poodles actually originate from Germany. Where they are known as pudel, which is German for “puddle.”

If you’re looking for something a little smaller, then our next list might be just right for you. This list includes any breed of dog that is smaller than a Labrador but yet can’t be classed as a toy breed.

So if you want a companion that is of small stature but is all dog, read on; 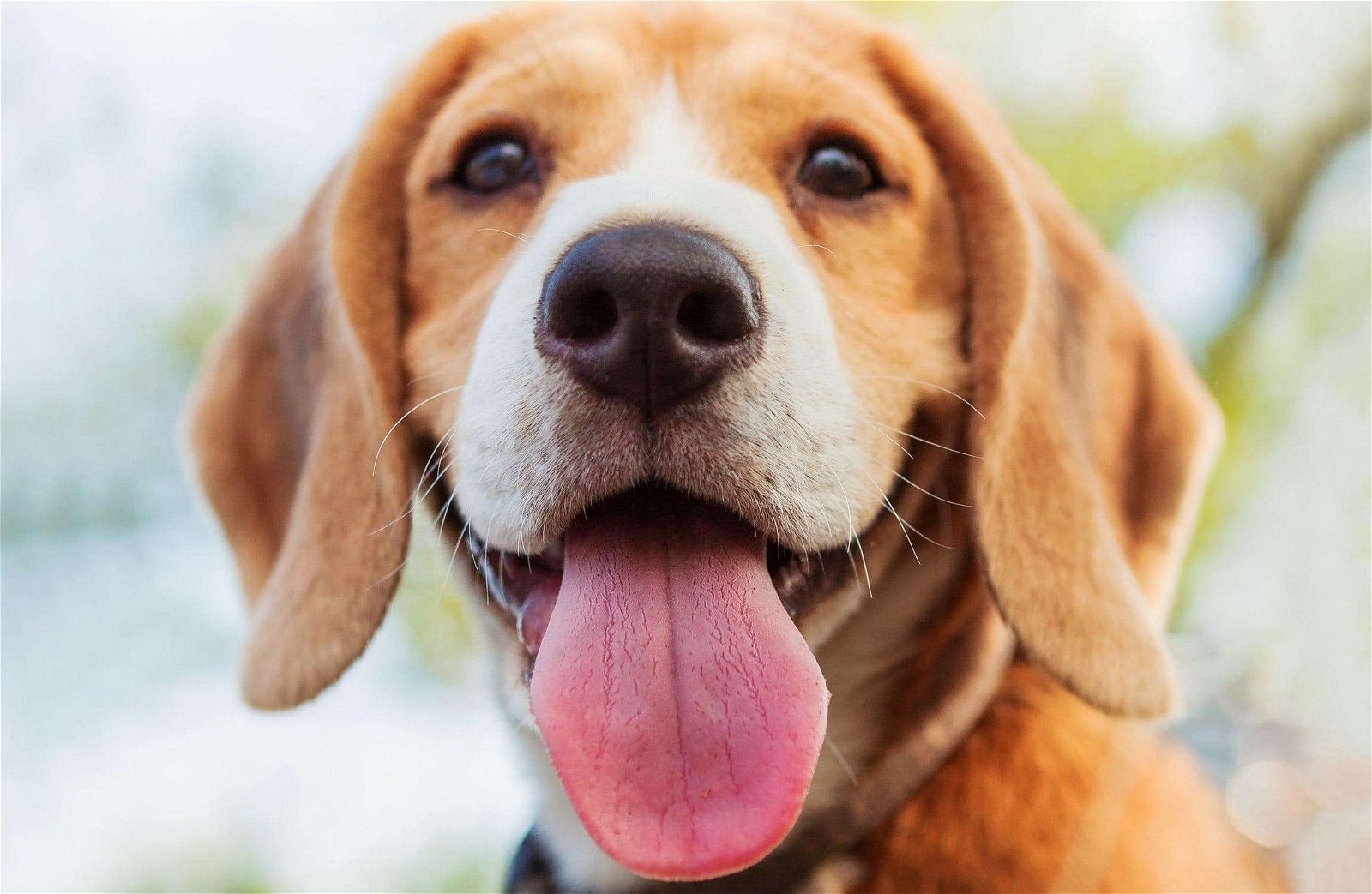 Did you know Because the Poodle does not shed, their fur will grow continuously. As a result, they need regular grooming and frequent trims

Now we are down to the smallest dogs. If you have limited space but still want a dog with a lot of character then have a look at these Poodle mixes. They may be small in size but they are big in personality! 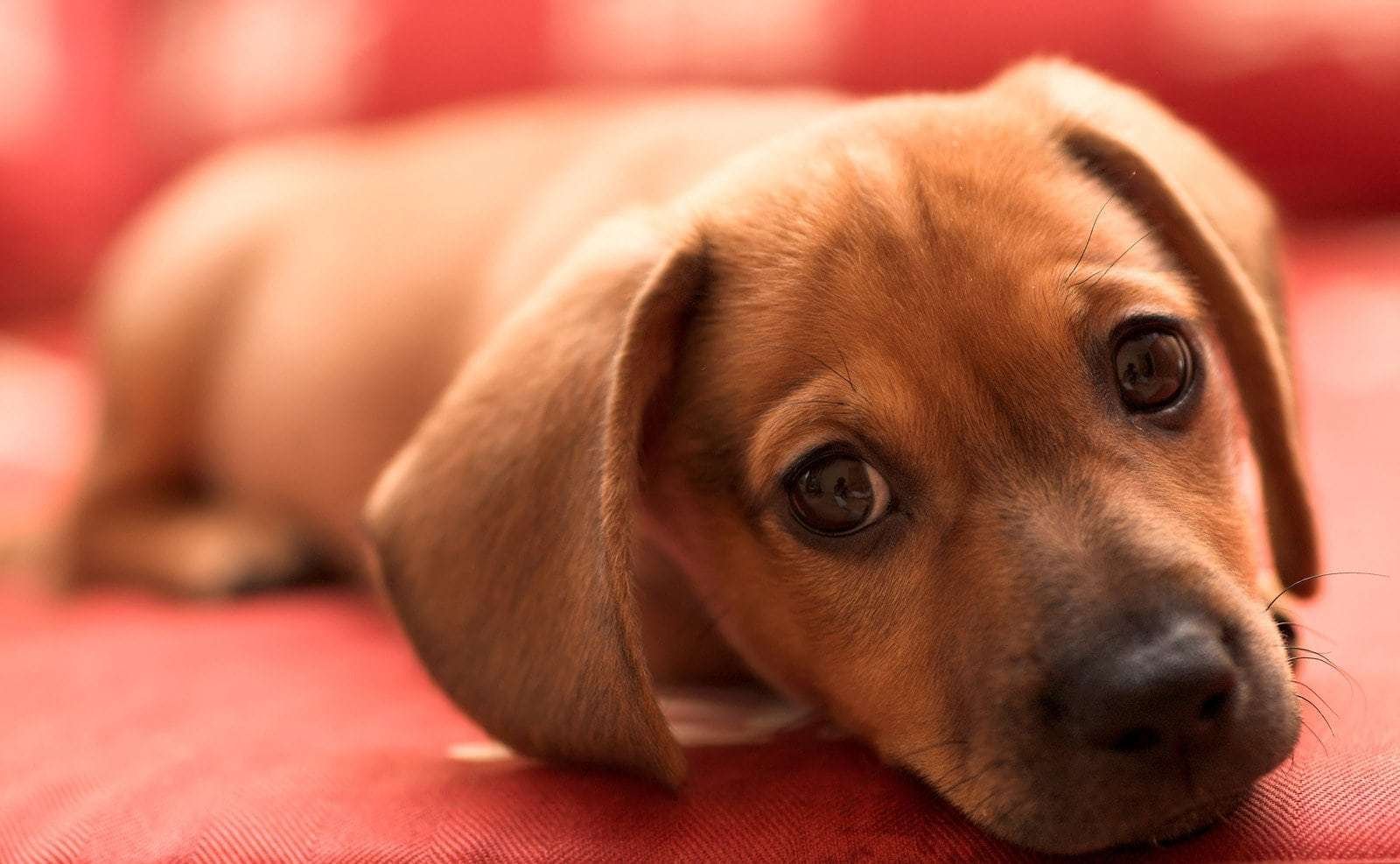 Did you know That the Poodle’s fancy haircut originally had a purpose? Poodles were originally bred to hunt and retrieve in water but too much wet fur weighed them down. So hunters would shear them into a style that kept fur over vital organs to protect them from cold but removed fur from other parts to make them more agile when wet

Of course, some of these Poodle mixes will already be familiar to you. But hopefully we’ve introduced a few that you haven’t thought of before.

Since Poodles can be crossed with any other breed of dog, the list of Poodle mixes runs into the hundreds. So if you haven’t discovered your perfect paring, don’t despair. There is bound to be a Poodle mix that is just right for you.

Poodles have a lot to offer. They are intelligent, cooperative dogs that do well in a family environment. They are tolerant of other animals, gentle and playful. And because they come in three different sizes it’s easy to find a Poodle mix that will fit easily in with your lifestyle.

If you are choosing a Poodle mix because they don’t shed, just a word of warning. There is no guarantee that the puppies of mix breed parents will inherit the gene relevant to their non shedding parent.

However, if you do decide to welcome a Poodle mix into your home you will be getting at least half of a sensitive, intelligent, easy to train and playful pooch. And you can’t get much better than that.