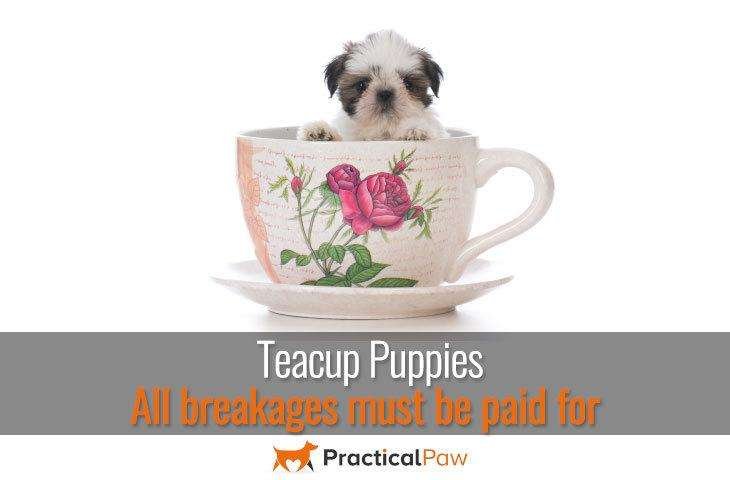 We’ve all seen them, those pint-size puppies that fit in the palm of your hand. They’re hard to resist, and many people succumb to their cuteness.  But as the demand for teacup puppies continues to rise, it’s time to stop and think. Not about how sweet they look but rather about the consequences of our continued desire for small dogs.

The true cost of a teacup puppy

Teacup puppies are miniature versions of dog breeds that are already small. Popular teacups include;

Dogs are not considered ‘teacup’ size unless they weigh under five pounds fully grown, about the same weight as a flour bag.

So how do small dogs become even smaller? Unfortunately, the only way that dogs become teacup size is through selective breeding.

And this is where the problem lies. Teacup puppies sell for a lot of money. The average cost to purchase a teacup puppy is around four thousand, so the temptation to breed smaller and smaller dogs is enormous. Health concerns and the practicalities of raising a diminutive dog go out the window when that amount of money is offered.

For unethical breeders only interested in making a profit, the quickest way to meet the demand for tiny teacup puppies is to breed the smallest dogs (runts).

While runts can have health issues of their own, the story doesn’t stop there. Unscrupulous money makers don’t care about diversifying the gene pool but are content to interbreed, mothers with sons, sibling to sibling, and fathers to daughters. Any inherent health conditions get passed on, and interbreeding creates issues of its own.

What’s more, denying puppies essential nutrition produces smaller dogs, lying about their age and selling them before eight weeks old, and breeding the mother at the beginning or end of her heat cycle, so the pups are born prematurely all create smaller dogs.

So, before you splash the cash for a tiny teacup puppy, factor in the regular trips to the vet that you’ll likely need for the lifetime (albeit short) of your dog.

The health of teacup dogs

The unfortunate reality for teacup puppies is that many of them suffer from lifelong health problems. Irrespective of the parent breed, these micro mutts commonly suffer from serious health issues and congenital disabilities that include the following;

Considering that many breeders of teacup puppies are producing the pups for money, there’s no concern for the parent dogs’ health. In fact, as long as the breeding pair are as small as possible, the welfare of the parents and puppies is unlikely to matter much to unscrupulous breeders.

The truth about teacup puppies

These teacup dogs’ welfare is such a concern that the Kennel Club refuses to include any dog classed as ‘teacup’ on their register.

But it’s not just the physical health of these dogs that suffer. Because teacup puppies are so delicate, the reality of raising and caring for these tiny breeds often falls short of what owners want.

With the rising numbers of small dog breeds surrendered to shelters, you must prepare yourself for what’s ahead.

Introducing your teacup puppy to new situations, people, and other dogs helps them adjust to the world. The more positive experiences your puppy has, the less likely they are to be fearful and the happier they will be.

Now imagine trying to give your adorable one or two-pound puppy the chance to play positively with other puppies. One paw out of place from any other pup, and your teacup puppy ends up in the vets with serious injuries.

There’s no doubt that your puppy will get a lot of human attention, especially from children. But children can be heavy-handed, and each interaction needs to be positive so that your teacup puppy becomes comfortable with being handled.

As part of the crucial socialization period, it’s vital to get your teacup puppy out and about as much as possible, and this would seem the easy part of having such a small dog.

However, teacup puppies have such small stomachs and often suffer from low blood pressure that they need food much more frequently than their larger counterparts.

So, if you’re planning a day trip, take food and water for your puppy or risk them becoming seriously ill.

If you’re set on getting a teacup puppy, forget leaving them at home for any length of time. Not only do you need to be there to ensure they eat frequent and regular meals, but a house that a larger dog easily navigates is full of hazards for teacup dogs.

Running, jumping, and even walking around in an uneven yard can damage teacup puppies’ fragile bones.

While children love teacup puppies, they are a terrible choice as family dogs. They are just not robust enough to stand up to the daily hustle and bustle of family life. One step backward or a slightly heavy-handed play session, and it’s yet another trip to the vets.

Expect to spend time at your vets if you opt for a teacup puppy. With known health issues and the additional risk of injury, these breeds of tiny dogs are exceptionally vulnerable. Not only that, but now imagine you’re a vet trying to treat a puppy that’s so small. Recovery from illness and accidents is so much harder to guarantee for these little dogs.

There’s nothing wrong with wanting a small dog. In fact, small dogs have many advantages over their larger counterparts; They are cheaper to feed, often need less exercise, and indeed take up less space.

What’s more, veterinary costs are more manageable, and you’ll get to spend more time with them as their lifespan is longer than that of a bigger dog. Many small dog breeds like the Yorkshire terrier, Shih Tzu, toy Poodle, or Maltese are robust for their size and, with care, make excellent family dogs.

Our appetite for smaller dogs combined with the vast amount of money they sell for is creating a marketplace for teacup puppies that ignores the welfare of the dogs involved.

Many breeders sell these teacup dogs via the internet. There’s no way of seeing the mother, the living conditions they are kept in, or any guarantee of health. Unfortunately, this means that you could be supporting the misery of a puppy mill existence for these dogs in purchasing a teacup puppy.

If you still want a tiny dog, check your local rescue centers as more and more teacup puppies are surrendered due to the extra care and cost they incur. 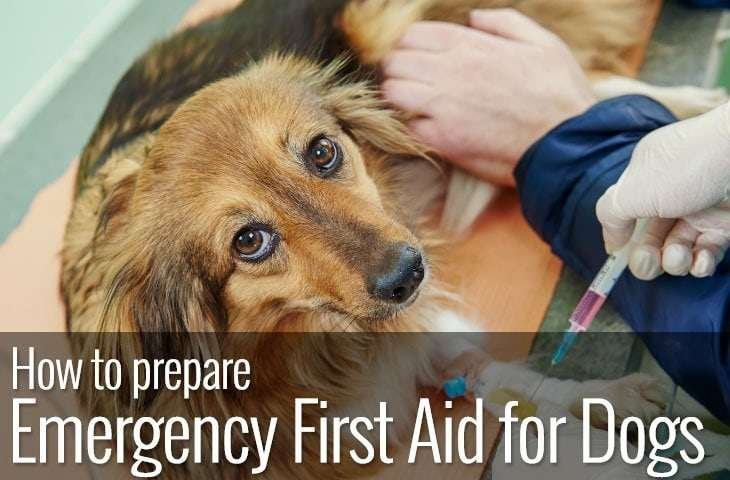