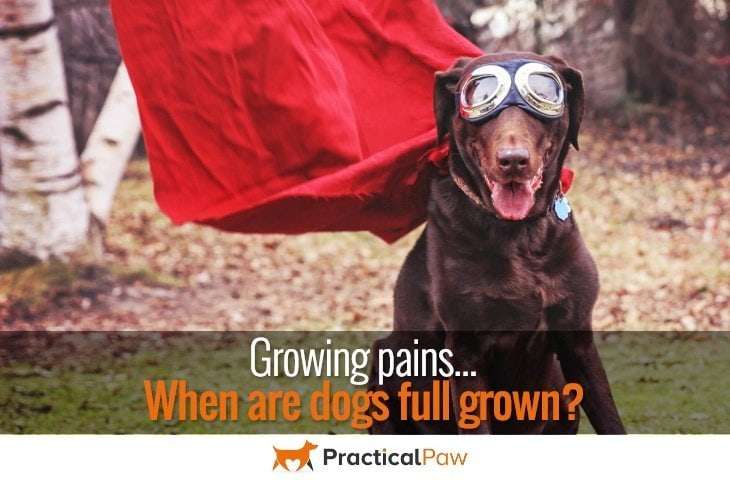 Although it’s generally considered a rule of thumb that once your dog reaches one year old he is fully grown, it isn’t necessarily true. So when are dogs full grown?

Dogs mature at different rates depending on their size and their breed. Your puppy will not only grow in size,  but he will also grow in sexual and emotional maturity. These stages of maturing can happen at very different times.

Even when your dog is considered physically grown, he may still be some way off emotional or sexual maturity. Having an idea when your dog will reach adulthood can help you be more prepared and in tune with the ongoing needs and challenges of your growing pup.

As your dog reaches the end of puberty his bones will stop growing. Although your dog will have reached his maximum height and length at this stage, he will continue to grow and develop as he bulks out his frame with muscle.

In general, the smaller the breed of dog the more likely it is that they will mature physically more quickly.

If you have a small or toy breed dog, they are likely to mature faster than a larger breed dog.  Typically you can expect your toy breed to stop growing completely at around ten months to one year.

Medium breeds will mature a little later, reaching their full size around one year to fifteen months. Although they will reach their maximum height by this age, they may still have some filling out to do. You may find that they continue to build muscle until eighteen month’s old.

Giant breeds such as Mastiffs and Great Danes may take up to three years before they reach their adult muscle mass and weight, although their height will be established at around eighteen months old. 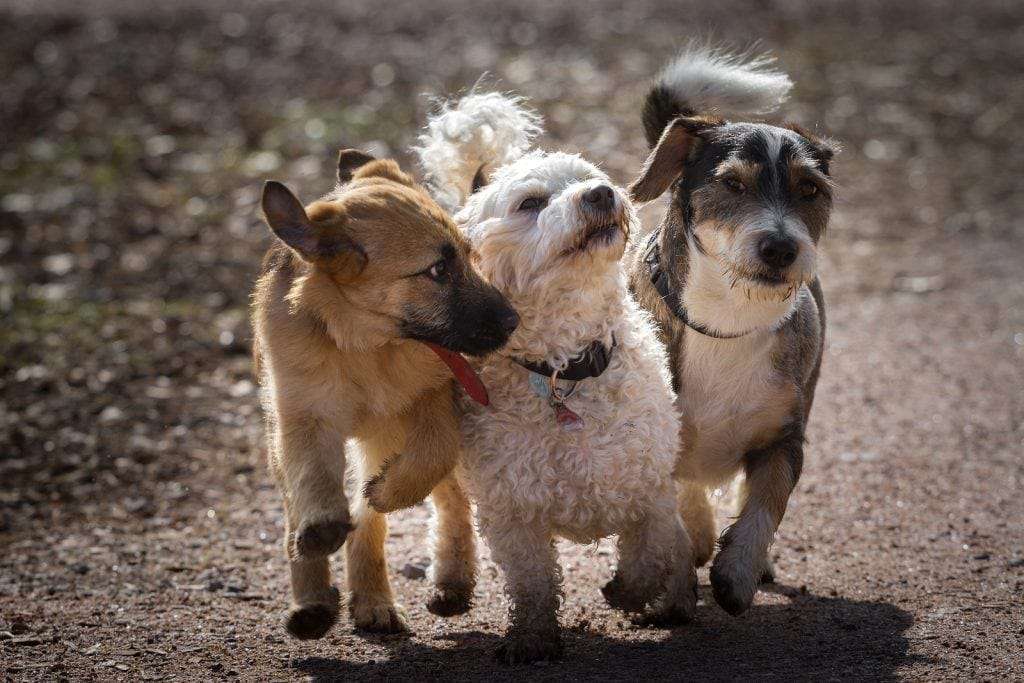 Despite most dogs reaching sexual maturity by the age of 1, it is not recommended that they be bred until the age of 2. This is the age when it is generally considered that the bitch will be mature enough to both carry and nourish the pups.

As sexual maturity happens before physical growth has finished it can be tempting to be less careful about keeping dogs and bitches apart.

Your dog may still look like a puppy, but sexually they are capable of mating. Dogs often mount each other during play,  but it can end in an unwanted litter. If  your dog isn’t neutered or spayed then don’t assume they are too young to produce puppies.

Just as with human adolescence, it can be a challenging time for both you and your dog. Your puppy may change from being a devoted, cuddly lapdog to a rebellious, naughty teenager who develops selective hearing and only wants to do their own thing.

It’s quite telling that most dogs who are surrendered to dog shelters and rescues are within this age range. Adolescent dogs need a bit more effort to get them through this tricky time. Training, exercise, mental stimulation and socialisation should all be kept up or increased if possible.

Somewhere between a 1 year and 3 years, your dog’s temperament and behaviour should begin to settle down and your dog’s adult personality will start to become more stable. Smaller dogs will get there quicker, with some large dogs maturing as late as 3 or 4 years old.

When are dogs full grown?

It depends. Breed and size play a large part in determining when your dog can be considered fully grown.

If your dog is exhibiting challenging behaviours then he could still be in his adolescent stage. This is true even if he looks fully grown. Patience and consistency are important to help him mature into a polite and well socialised adult.

Behavioural changes can be difficult to manage. If you find that you are feeling overwhelmed, do find a trainer or behaviourist to help you through this time. Remember that it is a stage that your dog is going through, and not his ultimate personality.