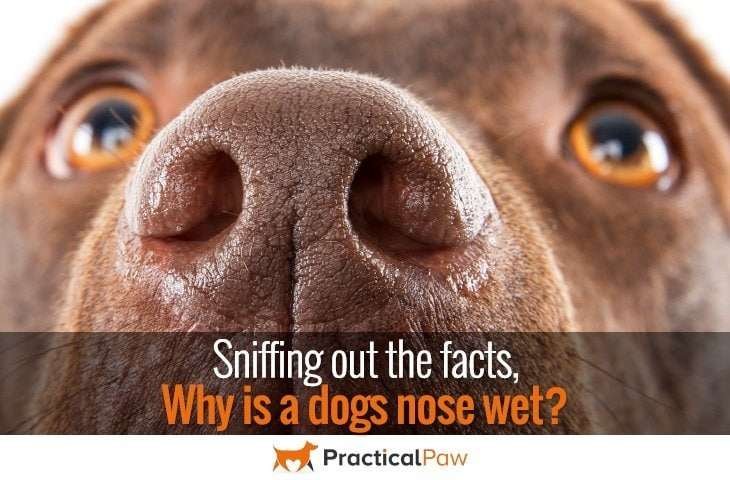 Whether it’s black, brown, pink, or mottled, our dogs’ noses seem to be a constant source of interest to us. Why is a dogs nose wet? Why does it wiggle so much? How sensitive to smell is it?

Despite the common belief that wet noses mean healthy dogs, that isn’t necessarily true. There are several theories as to why our dogs have wet noses so let’s look at the most popular.

Dogs are unable to sweat through their skin in the same way that we do. But that doesn’t mean that they don’t sweat. Despite having a few sweat glands primarily on their paws and in their ear canals.  This is not the most efficient way of cooling down for our dogs.

Dogs are much more sensitive to heat than we are. So they need an effective way of regulating their body temperature. For the most part, dogs pant to keep cool. Panting cools the warm air through a process of evaporation on the way to the lungs.

Any moist area such as a tongue, lungs, or wet nose helps heat exchange. These areas help cool a dog’s blood and prevent them from overheating. A cool wet nose may play a small but important part in this cooling cycle.

Honing their sense of smell

The moisture on your dog’s nose is a thin layer of mucus that serves an important purpose for your dog’s sense of smell. The mucus better captures scent particles in the air and along the ground. This enables your dog to process these scented chemicals and gain a good understanding of its surroundings.

Since a dog’s nose is an amazing piece of kit, they can exhale through a distinct part of their nose while protecting smells in a separate chamber. As your dog continues to sniff, you may notice that the more they work, the wetter their nose gets. This is because as they work, they produce even more scent-capturing mucus.

Not only that, but our dog’s nostrils can sample smells independently from each other so they can tell what direction a particular scent came from. If your dog has found an exciting smell, they may lick their noses more often to ‘taste’ what they smell. By licking their nose, they are further sampling the scent particles captured there. This new sample is sent to the olfactory glands in the roof of the mouth for additional processing.

Since our dog’s noses are such an important piece of equipment, it makes sense to keep them in tip-top shape. As our dogs have only one way of doing this, they lick their noses a lot. This instinct increases after eating, taking a drink, or being outside experiencing and sniffing their environment.

Maintaining a nose at its peak takes effort. So our dogs spend time grooming their noses with the perfect equipment for the job. Their tongues contain antimicrobial substances that are uniquely suited to the role, and it’s one of the theories offered as to why is a dog’s nose wet.

Before you get excited about your dog’s ability to heal wounds with its tongue, It’s worth mentioning that there is a lot of other things in there too.  So if your dog fancies trying to provide you with a maintenance overhaul, you may want to reach for the soap and water afterward!

What if my dog has a dry nose?

These are the most popular theories as to why are dogs’ noses always wet. Of course, it’s probably a combination of all three that keep our canine snouts damp. But does it mean that if a dog’s nose is dry that it’s a sign of ill health? Not necessarily. Dog’s noses vary a lot. Some dogs have wetter or drier noses than others.

Even those dogs that seem to have wet noses all the time will experience moisture changes during the day. If you check your pets while sleeping, you will probably notice that it isn’t quite as damp as when they are awake. 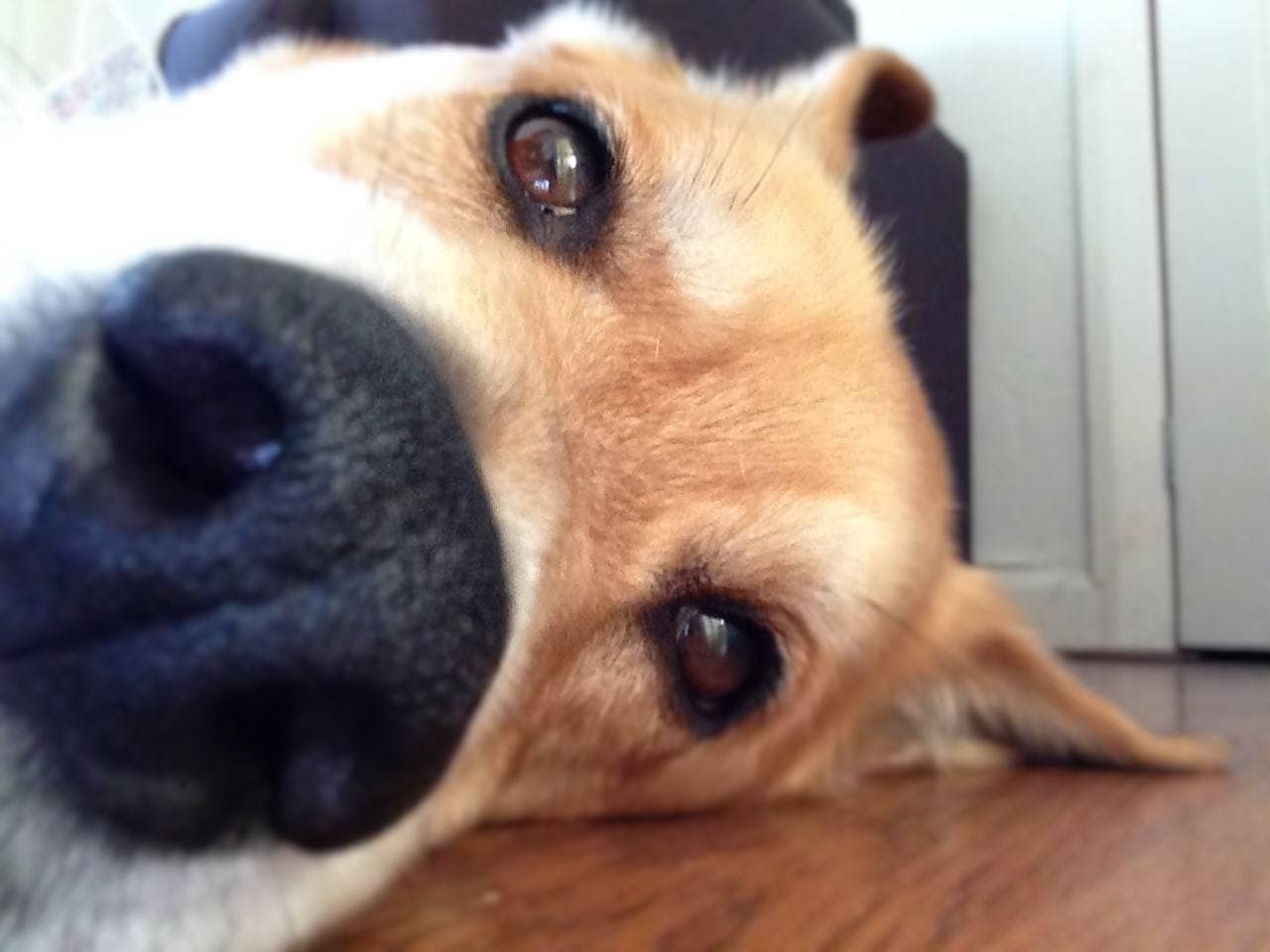 So when should you be concerned? If your dog’s nose is cracked, looks sore, or you notice any changes in color or texture, then you want to take them to your veterinarian for a check-up as it plays a significant role in the happiness of your pet.

How can I tell if my dog is sick?

Why is a dogs nose wet?

Well, it’s likely to be a combination of things. The good news is the old wife’s tale that a cold, wet nose is a sign of a healthy dog isn’t necessarily true. Your dog’s nose and its moistness are unique. If your dog has always had a dry nose, it doesn’t mean an underlying issue. Likewise, if your canine companion doesn’t lack in that department, it’s fine.

The only time you need to be more cautious is if you notice significant and lasting changes. Typically our dog’s noses will go through many wet/damp/dry cycles throughout the day. If your dog has a dry or, indeed, runny nose accompanied by other symptoms such as lethargy or refusing food, then take them to the vet for a checkup.